Years ago, when my father had a dial-up connection that allowed you to view your emails and spend the occasional moments in chat rooms, computers and the Internet had a few basic functions that made people want to use them. Word processing, calculating payrolls and tax returns and the odd game of snake or worms, was what we spent our PC time on. Many feared this new age, the age of technology, because just like the industrial age, it had the potential to replace humans. But it didn’t. Not on a large scale, anyway. If anything, it created new opportunities, new disciplines of largely un-treaded territory. Back in those days there were no such things as digital cameras (remember film?) or mp3 players (remember Walkman?) and there certainly were no such things as social media, apart from chat rooms where one could meet with friends and strangers and exchange ideas or play iSketch.
In the nineties all of this, however, changed. Connections became faster, computers became smarter, and the consumer expected bigger, better and more all the time. The Internet became more accessible – it was no longer simply a way to send and receive messages, it was now also a way to advertise products, display and obtain information, travel virtually and play games with people from any country and any walk of life. The Internet turned from being a little corner bookshop, to being a warehouse with the largest stock in the world.
Soon digital photography and music became a reality, and suddenly computers became virtual photo albums and music collections. Wikipedia was born and so was Google. Information became available to anyone and everyone. People shared what they liked, disliked, wanted or needed and there was an inventive atmosphere the world over that had everyone excited and in the spirit for creation. A creative explosion ensued.

And then came social media. 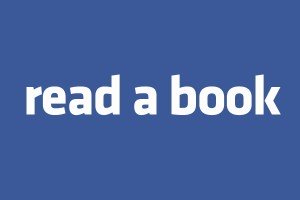 I probably got this picture from someone’s news feed on Facebook, so I don’t actually know its source.

This morning all the roses in our garden put on their white dresses and came to meet the fairies,
who are holding a wedding party for Mother Nature and The Rain.
The music is provided by the birds,
the food by the bees
and everyone is in good spirits,
even the trees.
Squirrel has started eating, because he just couldn’t wait,
Gecko and Lizard are out on their first date.
Snail is so slow he won’t make it on time,
to miss an occasion like this is surely a crime!
Only one can be jealous of this day
Sun has very rudely been staying away.
Suppose he wasn’t invited?
Or perhaps this proves it, that his love for nature is unrequited.
Millipede prepares his speech: “This wedding was surely fate,”
and everyone puts on their best clothes, they don’t want to be late.
But no one looks more glorious, than beautiful mother nature,
she’s dressed in nothing but green, for the wedding of the year!