This week of thankfulness and great shopping also brings another lovely thing with it: my special Thanksgiving edition of New Kids on the Blog, in which I have the privilege of sharing with you what I’ve learned of the beautiful Zoe Tasia! Book-lover extraordinaire, author and mother of two, Zoe is also co-author of a couple of wonderful books, which you’ll want to add to your TBR pile asap! Read the interview below to get to know Zoe a bit better, then grab a copy of one of her books to complete the experience. And have the Happiest Thanksgiving, or Thursday or whatever 😉 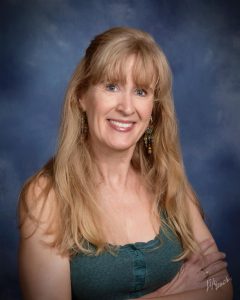 I remember the excitement I felt when I could pick out and read my first book. It brought me so much joy. I felt like new worlds were open to me and the experience seemed miraculous. I’ve been an insatiable reader ever since and always thought being an author would be the best job ever.

1. Who are you? Tell us a bit about yourself.

I’m an Okie. I grew up in a small town and graduated from the University of Oklahoma where I met my husband. We have two sons. Our youngest was born in Scotland, our home for over seven years after which we moved to Texas and remain.
I remember the excitement I felt when I could pick out and read my first book. It brought me so much joy. I felt like new worlds were open to me and the experience seemed miraculous. I’ve been an insatiable reader ever since and always thought being an author would be the best job ever.

2. You are an author and the other half of a writing team. Tell us about your books.

I co-author with Minette Lauren under the name Zari Reede. We have three books out. Our first book, Daisy Dukes ‘n Cowboy Boots, is a west Texas romance.
When a rich banker hires handsome lawyer Nolan Anderson to find a way to acquire certain acreage, Ferina Kincaid must struggle not only to keep her ranch, but to resist the attraction she feels for Nolan.

Our second book, Blinked, is a zany fantasy.
Mindy Nichols’s job is to destroy the diverse, violent beings transported, or “blinked”, to Earth. Then she meets Winnalea, the first “blinked” being that didn’t viciously attack. Mindy can’t kill the sweet, helpful woman who calls herself a Brownie. To complicate matters, Mindy’s husband, Jim, has “blinked” to Winnalea’s home world. Follow them as Mindy fights to follow her conscience and stand up to her boss and Jim navigates a topsy-turvy fairytale world inhabited by Cyclops, witches and dwarves.

Our third book, available for preorder, is a psychological thriller, Sins of the Sister. Private investigator Lana Madison knows her twin sister lives and will stop at nothing to find her. No matter how dangerous it is. 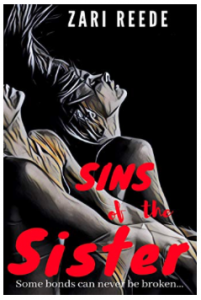 3. What motivates you to write?

It’s inherent and a part of who I am, my identity. I’ve always had a great imagination and told stories before I could write them down.

4. What is your writers’ Achilles Heel?

I dread editing, but the worst is writing blurbs. Coming up with only a few sentences to explain your book and entice readers is so difficult.

5. Your latest book, Blinked, is an urban fantasy set in the 70s. What is your personal connection to this historic period/the characters in your book?

My reason for choosing the time period was two-fold. I wanted the setting to be in the past so the characters would have communication difficulties and their world would be lower tech. However, I also wanted the era to be one with which I had some familiarity. I grew up in the 70s and it was a time of turmoil and eye-opening experiences, so I thought it was fitting.

6. What is your favorite thing to discuss with your readers?

I have readers?! I still get giddy about that. I’m happy discussing anything book-related. Be it my own or someone else’s. I particularly enjoy answering questions where I’m able to elaborate and share facets of the character that are not revealed in the book.

7. What is the most annoying question you get from your readers?

I can’t think of one particular question, but the attitude that anyone can be an author, easy-peasy and, that when I’m busy doing my job, it isn’t looked upon as being as important bothers me.

8. What are some of the life-changing books you’ve read, and why?

The Outsiders by S.E. Hinton was important because it was the first book I read by an Oklahoman author and, holy moly! The author’s a woman! I realized that yes, being a writer was possible. S.E. Hinton did it, maybe this Oklahoman girl could too. The Wizard of Oz by Baum was the first fantasy series book I read, my introduction to one of my most favorite genres. My love of it also made me more open to other genres like science fiction. Diana Gabaldon’s first book, Outlander, was published as Cross Stitch in the UK where I read it. In fact, I met her at a book signing there. I was amazed she had never visited Scotland until after she wrote her novel. I wouldn’t have guessed and it gave me confidence to write about places and things I knew nothing about, at least until I researched, or experienced.

9. What is the one book you wish you had written, and why?

The Eyre Affair by Jasper Fforde. The premise is clever, the humor cracks me up, and I love the unusual formatting.

10. What are some of the challenges you’ve had to overcome as an author?

While I lived in Aberdeen, I had viral encephalitis, an inflammation of the brain due to a virus. I don’t remember six weeks of my life. I had numerous seizures and memory loss. I couldn’t read. I couldn’t follow a simple sitcom. Time passed. I healed. I got most of my memories back and my short-term memory improved enough that I could read a book again. Prior to the illness, I took several writing courses and submitted some short stories. I felt I was really making progress and on my way to becoming an author. It took me a long time to get the confidence to write again, but eventually I did. My co-author suggested a writing exercise. She sent me the first paragraph of a story which I added on to and sent back. This eventually became our first book.

11. What are some of your triumphs as an author?

Getting published will never cease to give me joy and a sense of accomplishment. I’m thrilled that my first solo book, Kilts and Catnip (Book 1 of The Shrouded Isle Series), is coming out soon. I’ve been on a book panel and multiple book signings. Maybe someday, it will all seem commonplace, but now, every little authorly thing elates me. 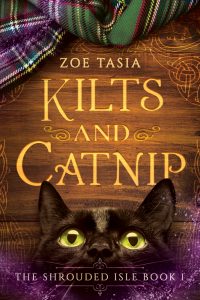 We are lucky enough to get the very first look at the cover of Kilts and Catnip, Zoe Tasia’s first solo publication!

12. You have a book blog where you also review/discuss books. What prompted you to start blogging about books? Do you have a favorite genre and why?

At some level, I knew reviews were important, but I didn’t start writing them until I read a book by a new indie author and saw that he had just a handful of reviews. I couldn’t believe someone that wrote so well didn’t have more fans, so I wrote a review of his book to get the news out. I began a blog shortly before Daisy Dukes came out and quickly discovered that I’m not a big blogger. Since I already wrote reviews, I started posting them on my site.
I enjoy fantasy the most, where anything can happen.

13. What was the first book you blogged about, and why?

The first book I blogged about was Thicker Than Blood by Andrew Dudek. He didn’t have many reviews plus he had a couple of bad ones which can bring down the star rating quite a bit. I liked the book and wanted to be supportive.

14. What is your greatest passion?

Reading and writing, of course. Cats, … I’m bonkers for cats and follow Catlady on social media.

15. Do you have other talents or hobbies?

I’m a bit of a fitness freak. As the kid that was the last one to be picked for a team, the fact that I ran a marathon amazes me. I love dancing and took classes as a child. I used to Greek dance with a group, but after I tore my meniscus, I gave it up. I tried belly dancing, which was great fun.

16. What are you currently reading?

17. Are there any new projects in your future? What’s next for you?

I’m currently writing Book 2 of The Shrouded Isle series, tentatively titled Tartan and Thyme. I also plan to write Shrouded Isle holiday short stories. I have one ready to publish and several others I’m working on. I have written the first of another fantasy series that I need to edit and several projects I’ve begun and need to finish. I’m exploring other genres such as cozy mystery and magical realism.

18. And the question that everyone gets asked: Recommend one Netflix series I should watch ☺

The latest good one I saw was season one of the Chilling Adventures of Sabrina, but if you haven’t seen Red Dwarf or one of my “why-was-this-cancelled?” favorites, Wonderfalls, you should.

What a great lady! And some awesome new suggestions for reads and series! Thank you, Zoe!
Now, there’s really only one more thing left to do (apart from stuffing your face with turkey): go to AuthorShout’s website and vote for my own book, The Deermaster. You know you want to 😉

And have a wonderful weekend, filled with great new books!